I should have taken a picture of Paige. I really should have. She enjoyed the papery, thin, crispy bits of kale I gave her … but since it was papery, thin and crispy, it also broke apart very easily. That meant green specks everywhere — in her hair, on her hands, in her diaper . . . oy.

Shawn had a good ol’time with the polka-dotted bathwater later that night.

Yes, so crispy kale. This is a different take on a veggie that not everyone tries. But everyone should. It’s much firmer than other greens like spinach and Swiss chard.

We eat a lot of kale. Russian kale, actually. It’s in season and always ultra-fresh. But there is only so much sauteed kale a family can take. So I decided to try something different: roasting it. Turns out, it’s my farmer cousin’s favorite method of making it.

Shawn and Will liked the crispy, salted kale. Just make sure that you cook the kale in one single layer — no overlap. That way it will get perfectly crispy. 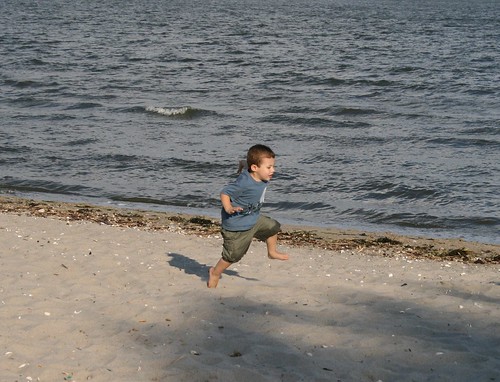 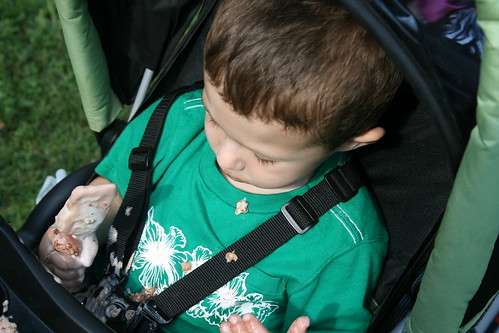 Crispy kale is completely new to me -- what a great idea! I'm not a huge kale lover, but I'm trying to love it more (and more frequently), so this is definitely a preparation I will try.