Wow, where to begin?

A lot of the dishes served this episode seemed to fail. And in some of the cases, the chefs knew the dishes weren’t that good before they served them. Why send a not-so-good dish out? And what’s with all the dated plating and presentation? I would think that as Top Chef competitors, you would know enough to strive for innovation every single time.

Furthermore, if this batch of chefs could have learned anything from last week’s elimination, it’s that you do not make something you’ve never used/made before when your spot in the competition as at stake. Jill, are you listening? You don’t use an egg you’ve never used before, in a dish that won’t be enhanced by it … And worse, you can’t give a convincing, sensible reason why you should be given another chance. It’s no wonder that she was the one to go.

And Jill’s regret is not being able to show off a dish she does well? Um, that is exactly what she should have been doing all along.

On a lighter note, I laughed when Fabio jumped into his defense of his dish. It couldn’t have been a better defense. And then for him to win the Elimination Challenge made it all the better. It seems like Fabio and Stefan are pretty strong this season.

This season is still in its infancy. I am looking forward to getting to the point where favorites become clear and personalities start to shine. Right now, everyone seems very … bland. But, at least this season is free from the gratuitous use of the F-bomb. 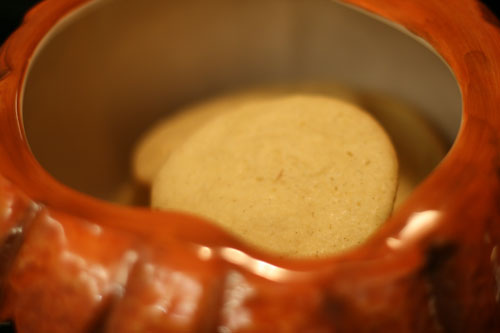 I thought this was a pretty bad week for most of the contestants. An ostrich egg would have been a good choice to be the star of a dish, but in a quiche, does it really matter? I thought Jill & Ariane were the worst this week. Ariane's comment along the lines of "that's what I fixed, that's what they are getting" was so whiny. I'll be glad to see her go.

My favorite so far is Jamie, but that might change as we get to know them better.

Lots of whining by the contestants in this episode, I thought. Had I been at judges' table, I might have asked at least half of them to pack their knives. Alas, we'll have to survive a few more rounds before we discover who can really cook.