A homemade hot fudge sundae. Sounds totally yum, right? Well, some times, things are not as good as they appear. Homemade hot fudge, delicious vanilla ice cream, some cookie crumbles. Except one thing … the hot fudge instantly hardened. And I am not talking in a good way. It became a supersized Tootsie Roll-like … and I hate Tootsie Rolls. Total culinary disaster.

It was also disastrous removing the leftovers from the bowl I store it in. Ouch. I am still cringing at the thought.

(Disclaimer: I didn’t make this. It’s totally not my doing.) Now, this cake? It’s a carrot cake. No, I am serious.  It’s a carrot cake with cream cheese icing. You know, the kind of icing that goes onto homemade cinnamon rolls? Yea. That. It’s a shame, because the carrot cake buried beneath the too rich, too sweet icing was actually really good. See, some times, things are better than they look.

The icing? We won’t go there.

It just goes to show that anyone can have a kitchen disaster: me, the person who made this cake, even you … 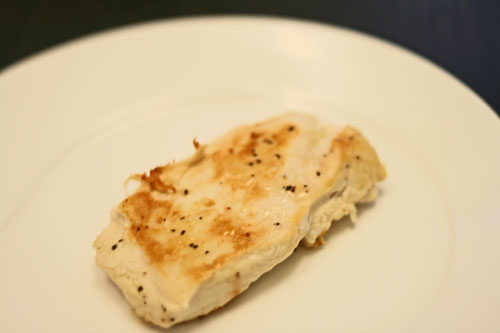 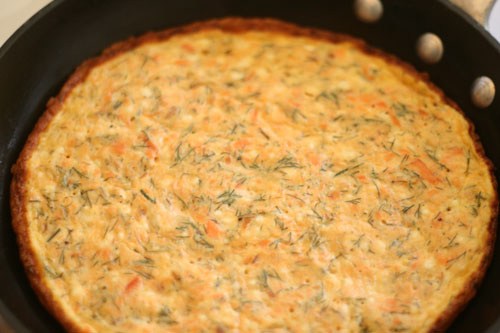 Good to know I'm not the only one with kitchen disasters!

Kara, LOL. Some weeks seem like endless failures to me. That usually leads to a non-cooking night (as in, "let's order a pizza!")to get my balance back.

Cate, way to turn a disaster into a treat. I LOVE homemade croutons. And good thing you turned that oven off.

Viktoria, Ouch. I hate when that happens. I do that to bread more often than I care to admit. It's amazing how just a few minutes can make such a huge difference.

Oh Lydia, all the effort that went into that! That stinks.

Julie, those cookie cutters sound adorable. I hope you give them another try and that it works! I have the worst luck with cutting cookies.

Maris, mmm, caramelized onions. It is a fine line with them, isn't it?

Thanks for all the stories, everyone! Keep them coming!

I burned caramelized onions on Sunday which was fairly traumatizing.

Also a few months ago, after blabbing on and on aboiut my blog and how much I like cooking, I made bread for a guy I was dating and it didn't rise. It gave him something to tease me about for weeks!

I got the cutest little animal cracker cookie cutters, these ones that not only cut out the shape but also imprint little details on the cookie (stripes on the tiger, for instance), just like real animal crackers. My kids and I had such a good time cutting them out (though, truthfully, I hate making rolled cookies, but that's another story). They looked adorable. And then I baked them two minutes too long and the little detail lines melted away, and the cookies were no longer animal-shaped, but vaguely animalesque blobs. Not an enormous disaster, since they still tasted ok, but disappointing to the children, which is a disaster in another sense.

I spent two days in the care and feeding of fresh fava beans, soaking them, cooking them, peeling them. Then I turned them into a dip... which ended up looking like something you wouldn't want to step on on the sidewalk. And the taste was only so-so, too. Whole thing went right into the trash.