Mmm. That is a locally grown and butchered Delmonico steak, hot off the grill. The cow is from a farm run by a family with a young child and I buy it directly from the mom at the farmers market. I. Love. That.

Frankly, I don’t write about eating locally raised and grown food nearly as often as I should. It’s something that I am pretty passionate about and really take to heart. Each week, I shop at least one, often two, farmers markets. In the summertime, I rarely buy anything at the grocery store.

There are so many reasons I support eating locally. For one, the food just tastes better. Produce in the grocery store is often grown thousands of miles away, picked before it’s peak and flown in. That’s why you will see rows of green bananas and piles of hard plums. You aren’t supposed to pick these things before they naturally ripen, but that is what happens. As a result, we pay for it in taste.

By eating locally, I am also buying from growers who drive mere miles to sell their meats, vegetables, fruits and herbs. It’s less impact on the environment. Furthermore, instead of handing over my dollars to a mega-market with headquarters in parts far away, the people who receive my money are literally right in front of me. My local economy can’t avoid being helped by that.

But I have to admit, it’s a hard road to eating locally for most meals. You need to know where to buy staples, where to locate specific needs and more. My progress as a local eater — and I am far from perfect at it — has been years in the making.

A few years ago, I really wanted to transform my family’s eating habits and attempt an all-local diet. I searched and made notes about where to find certain foods, restaurants that cooked with local ingredients and markets that were family-owned and run locally. The one problem I had was locating local, small producers of meat.

To be fair, I found a local bacon, that is manufactured in nearby Torrington, Connecticut. It’s called Nodine’s Apple Smoke Flavored Bacon and is sold in some local markets like Caraluzzi’s. It’s among my very favorite varieties ever — a thick-cut, hearty and meaty bacon that is packed with flavor. It’s crispy bliss.

But in terms of beef, chicken, pork and other meats, I came up short.

Then, earlier this summer, I happened upon a fellow Connecticut food blogger’s site, Late Bloomers Farm. It was one of those life-changing finds where you are both awestuck and excited to have found exactly what you were searching for. It was like an answer to my local-eating prayers. On the site is a list of local purveyors, farms, farmers markets and more. It made up where my searching via Google and Local Harvest failed.

Since then, I have found several other Connecticut food and life bloggers like Living in a Local Zone and Local Food Rocks. (Psst! I have a list in progress on my Examiner page — did I mention that I am the Danbury Food Examiner too? I started about a month ago.)

After learning about Ox Hollow Farm on the aforementioned Late Bloomers Farm, I tracked down their booth at the Bethel Farmers Market. After one dinner of beef kabobs with their meat, I was hooked. And anyone who eats kabobs knows that the meat is notoriously tough. But it wasn’t true of this meat. Grilled up with a little barbecue sauce (which I brushed on at the very end of cooking), it was tender and juicy. Totally craveworthy.

I’ve since been making my way through their other cuts. The sweet Italian sausage, which I had a bite of at the market, was enough to make you swoon — and I rarely eat sausage. And their Delmonico steak was probably the best steak I have ever eaten. Anywhere. Bar none. The heavily marbling and thick cut grilled up to perfection, and the resulting meat was so smooth, tender, juicy and flavorful. I could be ultra-cliche and say that it was like budda … and I wouldn’t be just saying it.

Do you eat local? Why do you do it? 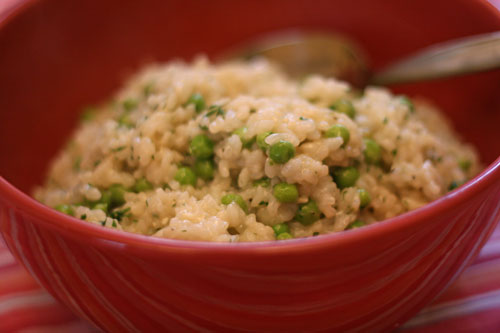 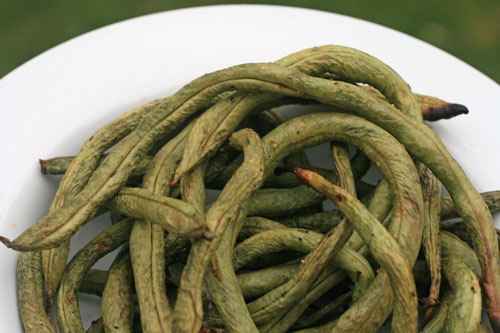 Good points on eating local! For one thing it's fresher and you know what you're eating. Great post!

I prefer to eat local but I'm sad to say I don't do it as much as I should. There is a market across the street that I adore and some of the produce is local but not all of it. When I can get to the greenmarket in Union Square on a weekend, I do but it's definitely something I support.

I'm so glad to learn about other CT bloggers who also try to eat locally when possible :-) Because I don't eat meat, I always wondered what goes into finding that part of ones diet locally.... and reading this post and what Sophie at Late Bloomers Farm does has been a great peek into that.

I've found that while it was hard at first to figure out what farms grow what, where to get different staples, etc., that got much easier very quickly. It seems to be a fast learning curve - even after a few months, a pattern has set in of which farmers' markets I go to, what days... what to expect in different months. My family noted that it seemed like a rat race on weekends at first, but now I get all of our food fairly smoothly from the markets and the CSA. I still fumble a bit, but it gets easier each week.

Have you been to the different farms around here lately? It is great activity. Even without the many benefits of eating locally involved, it is just fun :-)

Sarah, we may have seen each other at the market without knowing it! I too was following Tammie (of Ox Hollow) around to swipe more samples. And I too took home the sausage for dinner that night. It became the basis for my local meal of the week! http://www.latebloomersfarm.com/index.php/2009/07/one-local-summer-2009-week-8/ Thanks for the compliments!