It’s hard to believe that summer vacation is past tense and summer, the season, is soon coming to a close. I had really high hopes for this summer. There were thoughts of visiting lesser-known museums and parks around Connecticut, spending lots of time on the shoreline and a day trip to Mystic (for Will to see the boats and me to eat lobster rolls). I wanted to create a summer to-do list of things to see, eat and do … but none of that happened.

Summer got off to a slow start though, with car troubles and job troubles. But we rebounded and made the most of the time we had. It was wonderful to go camping (Will’s favorite memory from that: Roasting marshmallows — me too!). While we didn’t spend as much time beaching it as I would have liked, we did have a few glorious beach days. Sometimes, quality is better than quantity. There were weekends dotted with berry picking and farmers markets. Afternoons on the swings and running around the yard. Gardening. It was a relaxing summer overall, and I am happy with all the great things we did. For the uber-do-it-all summer, there is always next year.

One thing that was languishing on the mental list though was eggplant parmesan. It’s been years – YEARS – since I last had it. In fact, I remember clearly the (pretty much only) two times I ate it. The second time, my mother tried to pass it off as chicken parm, but the eggplant had big, noticeable seeds. I was horrified and swore it off.

But I have become more open to retrying things in recent years. Last year, I gave eggplant another shot and found that I sort-of liked it. This year, I wanted to do better.

So, when I saw the recipe for eggplant parmesan on In Good Taste, a delicious food blog written by my friend Maris, I had to make it. The eggplant is baked instead of fried, but it still has a hearty layer of breadcrumbs (minus the egg and oil!). I was concerned that the cheese in the recipe wouldn’t be enough for me, but it was the perfect amount. In fact, Will and Paige both gobbled up big portions.

It does take a little while to make, but you could easily prep the eggplant ahead of time. Serve it up with a big green salad (I’d suggest my basil vinaigrette to dress it!) and some buttery garlic bread. It’s perfect comfort for the end of a cold day (and geesh, is today cold here in New England, or what??).

Click here to head over to In Good Taste for the recipe. You won’t be disappointed. 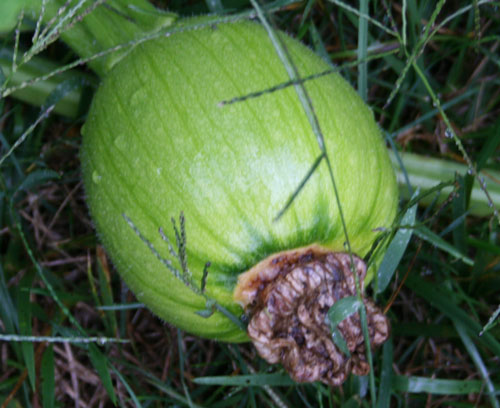 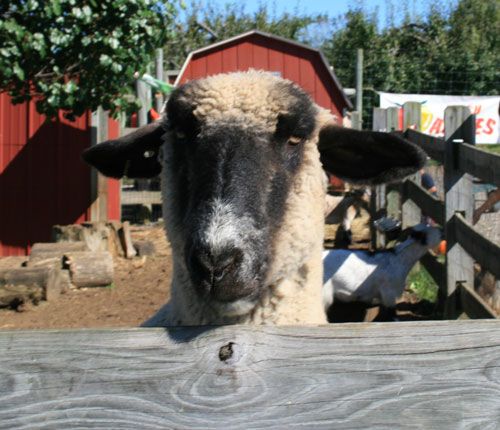 Next
Weekend at Sweetnicks
0shares
Click here to cancel reply.

[...] to the eggplant. All summer, I have been waiting to make two things: eggplant parmesan and ratatouille. I made ratatouille in the crockpot a few years ago, but I rarely use that anymore [...]

[...] recently when I told you about the fabulous Eggplant Parmesan that I made using Maris’ awesome (and healthier!) recipe. It was so good that I bought more [...]

I (and my whole family) love eggplant. My parents both like eggplant parm, but I am not a fan. I found breadcrumbs made of brown rice, so I hope to make some this week - traditional for my parents, and a "variation" for me with grilling the veg, the brown rice crumbs breading the eggplant (it works even without the egg, interestingly) and then a quick roast, and then the layering/baking with the sauce and fresh slices of tomato (no cheese), and into the oven again. The multiple layers of baking/grilling lend a great taste I think.

I am a huge eggplant fan. Looks great!

So glad you liked this as much as I did!