Alright, folks … Here we are at the end of Week Two of My Spending Diet. How’s it going?

The Plan: No spending from Saturday until the following Saturday. Cash in wallet can only be used in a true emergency.

What Happened: Planning-wise I did much better this week. At no point did I feel deprived or like we were missing something important. We had plenty of food for all our meals and used a good portion of it. If anything, I may have purchased a little too much.

Now, when it comes to my menu, I totally stuck to it all week — but we did switch up the days. That’s okay though. The important thing about a meal plan is to have the right number of dinners planned. So what if Friday’s dinner was served Thursday and Tuesday’s became Fridays?

As of today, we are running low on toilet paper. I also discovered a few baking ingredients that we’ve been out of for apparently awhile. All in all though, that’s small beans … we ate well this week.

Spending: I planned not to spend this week, but did end up spending a little. Here were my mid-week spends:

Not totally according to plan, but I don’t feel bad about these expenditures. I know exactly where all my money went, and that’s really a first for me. Usually, I spend very thoughtlessly.

What that doesn’t tell is the story of how much I could have spent. For instance, yesterday I nearly went to Target – not because we really needed anything but because I wanted a change of scenery. I would have surely spent $50 or more. And then, I probably would have bought lunch on the go too. But I didn’t … We came home and worked in the yard instead, eating the lunch I bought for when I didn’t want to deal with food.

That’s not the only instance, but it is a great example of how making a conscious decision not to spend can really save. Tomorrow, when I do my shopping, I won’t be buying $50 worth of stuff we don’t need — because we have needs that I will address instead.

About My Saturday Shop: I never thought I would see the day when I would say this but doing all of the week’s shopping on Saturday was exhausting. Absolutely, positively exhausting. And to think! I didn’t even have the kids with me.

I spent a lot last week when I did my Saturday shop but it was on things we needed: food, supplies and some half-barrels to plant tomatoes in. Those were a splurge, but they are something I’ve wanted for a year — and I found them at a deep discount at Christmas Tree Shop.

Tomorrow, I will do the week’s shopping again. I am expecting the bill to be much lower than last week, since we aren’t out of much.

What’s Next: I am going to keep going. I like the ease and security of having everything we need — and using it. I will try not to do any mid-week spending this week, though if a small expenditure makes sense, I will do it.

P.S. I love that Donna from Fab Frugal Food and Tonia from Tonia Cooks are going to try similar undertakings too.

Readers, do you want me to give a week three report? What do you want to know? Are you interested in my meal plans? Let me know! 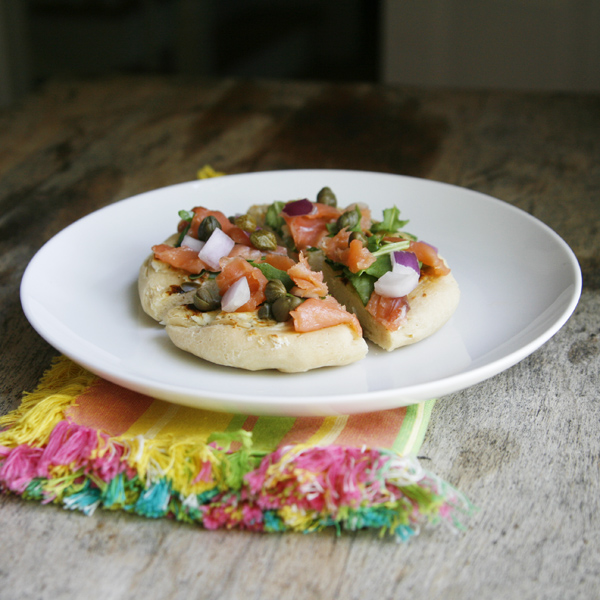 Previous
Secrets of a Good Homemade Pizza
Next
Meal Plan for the Week of March 28, 2010
Click here to cancel reply.

My wife is the one with the Target problem, so if I can keep here away I can keep money in my wallet. I would love to hear about your meal planning in detail for week three, since I do that for a living for people I am very curious to see what others eat/plan to eat.

(This is Sarah from WR, a longtime lurker on your site, first-time poster!)

I'm enjoying reading about your project; I struggle with my grocery budget too. I have taken the opposite tactic -- going a few times a week, with a list, and ONLY getting a basket, not a cart, to curtail unneeded purchases. (I realize this would not work when shopping for a family.) I also avoid going to Trader Joe's and Mrs. Green's too often. :)

I totally hear you about Target. Just staying out of the store definitely saves money on a regular basis. Once in, you can't get out for under fifty bucks. Love hearing how you've been doing - keep up the great work!