Thoughts on Cooking from Magazines

Months ago, I started doing something new every week. Every weekend, I would sit down and decide what dishes would appear here for the next week. Taking the time to plan this into my week helped me to spend less time fretting over what to make and more time on the recipe development and writing. I’ve also had more time to try recipes from books, magazines and blogs, which is always fun.

The only problem? Sometimes recipes don’t work out. Yesterday, I planned to feature an Arugula Pesto adapted from a popular food blogger’s recipe … however, even with my changes (which included cutting the amount of garlic in half), the recipe was a huge fail. The overpowering flavor was shocking.

Today, I planned to feature a recipe from my weekly meal plan: Peanut Soba with Stir-Fried Beef and Broccoli, which came from the April/May 2010 issue of Fine Cooking. I followed the instructions to the letter, but the recipe just didn’t end up being something to share here. While we enjoyed the Stir-Fried Beef and Broccoli, we just weren’t fans of the soba noodles or their peanut sauce. Plus, the preparation was far more involved than I like food to be. I really thrive on quick, simple and flavorful … not so much on dishes that require lots of steps.

While I love Fine Cooking, this was one instance where I didn’t love a recipe from there. That’s okay.

On the other hand, last night I a pretty good meal from another magazine. It was Maple and Soy-Glazed Flank Steak from the March 2010 issue of Cooking Light. I eliminated the scallions from the rice noodles dish, and used vermacelli rice noodles (which we had on hand), but ultimately, this was made close to the original … and I really liked it. But, to be fair, Shawn and Paige weren’t fans of the noodles … and Will and Shawn didn’t like the cucumbers. Everyone adored the meat. Ultimately, it just wasn’t a homerun of a meal though so I am not sharing that one either.

I really like Cooking Light too. This particular recipe just needed a little more for the sides to make it perfect for me. Or maybe different sides to make it universally favorable. In either case, it’s ok.

Everyone has kitchen fails sometimes. There are so many variables — from freshness and quality of ingredients to personal tastes. Sometimes, things don’t work. But that’s okay because even cooking fails can turn into learning experiences. Through these recipes, I found two new ways to make flank steak that we really like. The Maple-Soy one is sure to hit our table again very soon.

Have you had any fails lately?

P.S. Sarah’s Cucina Bella is now on Facebook! Won’t you become a fan? I’ll be sharing behind the scenes info there as well as little tips, tricks and previews of what’s coming. 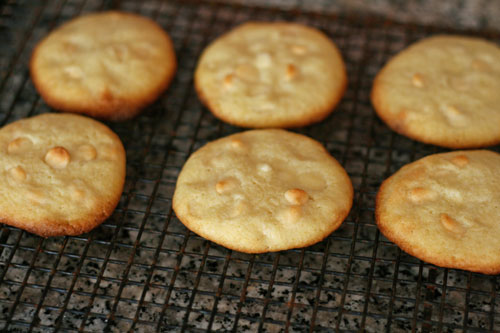 They both look very delicious though!

[...] I talked about cooking from magazines last week, I mentioned this recipe from Cooking Light. We liked it so much that I planned to make it again [...]

This is one reason I really like epicurious.com. The reader comments on the recipes are an important part of whether or not I will try a recipe from Bon Appetit (and the dearly departed Gourmet). You will see my two cents on there for many recipes. But on rare occasions, even recipes that win raves online turn out to be bombs. Go figure. But most times, you can judge from the comments whether a recipe will be a success or not.

I cannot tell you the number of time this has happened to me. Cooking is an experiment. .-= The Teacher Cooks´s last blog ..Ultimate Comfort Food – Tuna and Shells – another classroom activity =-.