Another week … This was a hard one.

As a freelancer, I don’t receive paychecks on a predictable schedule. So, sometimes I go for weeks without receiving checks. Other times, like this week, I receive several all at once. And even with the best efforts, it can be daunting to not want to send a little of that money.

On Saturday, allowance in hand, I bought lunch for the kids and I … and learned an important lesson about value. We went to a popular chain deli, where the bread is fab. I thought it would be a nice treat. The lunch we got was simple: two sandwiches, two apples … and it came to $15. Had we bought somewhere else (like the deli around the corner), we would have had two much larger sandwiches for $10 or less. And the worst part? I really wasn’t wowed by the sandwiches we had. It’s important that when you spend on a budget, like I am trying to, that you factor value into the equation. Next time? We’ll head to the corner deli … or just make lunch at home.

Further, I had to withdraw more money to cover a school expense, so I spent additional money this week that I hadn’t intended on.

Also, due to a scheduling conflict for tomorrow, I ended up having to do some shopping on Thursday to prepare for the weekend. I knew this was coming, but it didn’t occur to me to prepare for it. So, that was an obvious planning flaw.

Spending: Obviously, my spending was on the high side of things this week due to planning issues. Fortunately, I did save a lot as well. Had I planned for and controlled my spending a little better, I would have saved more though.

What’s Next: I won’t be doing this week’s shopping until Sunday, so I have a few days to evaluate how I will spending in the coming week. I am seriously considering trying all cash this week — with a small but realistic personal spending allowance built in. What do you think, should I try it? 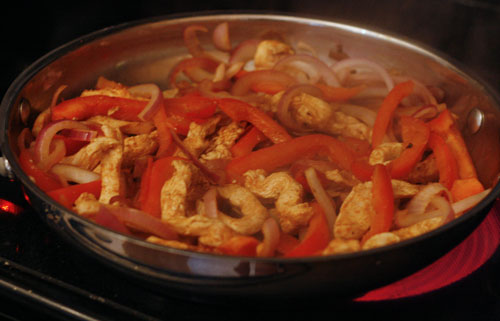 Previous
Cooking from Jamie's Food Revolution: Part 3
Next
Meal Plan for the Week of May 24
1shares
Click here to cancel reply.

Lots of people swear by the cash. Try it you will never know unless you do. .-= The Teacher Cooks´s last blog ..Boursin Spinach Gratin =-.