On Crafting a Recipe

Recipe creating is a hard process. It starts with an idea. Then it becomes an attempt at a recipe. Then it must be tested and retested and tweaked until it’s perfect. And sometimes, all the efforts in the world can’t make it right.

This sandwich was fabulous on the day that this photo was taken, back in August. The crispy fried eggplant was a beautiful contrast to the silky fresh mozzarella and the sweet, juicy tomato. Maybe I should I have stopped there, and been happy with it. But I wanted a slightly healthier version with all the flavor, but without frying.

I tried roasting the eggplant, but the resulting sandwich was less than appealing — all the fillings were soft. Too much mush, not enough contrast (or flavor). It was so bad that I haven’t wanted to eat eggplant since.

Now, I am not sure where to go next. Should I be content with the original effort and just perfect that recipe? Should I seek a baked version that has that crispiness? Should I abandon the eggplant or find another crispy element to make this perfect?

What do you think? 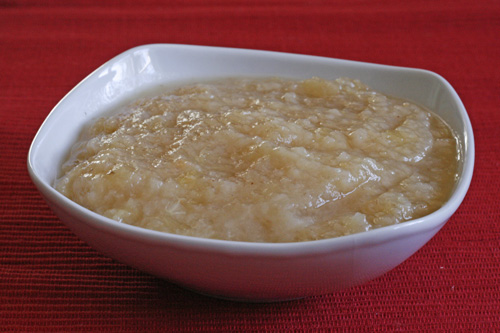 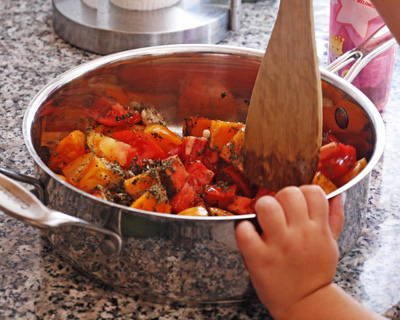 I agree with the other commenter about oven frying. I think that's your best shot at success!

have you tried using very very thin slices of eggplant, baked until they are crispy like a potato chip?

You'd get the eggplant flavor and the crunch texture without the breading.

Try oven frying the eggplant instead of roasting. Let me know if you need tips for this, but it should be a good compromise between health and mush. (be sure to keep your slices thin)

You can also try grilled eggplant -- the smokiness might work well with the flavors you have going on with this.

I say, keep trying until you get it the exact way you want it!! If you want to find a healthier version, then go for it. That doesn't mean u have to necessarily abandon this delicious version. You can have this one until you perfect the healthy version. But I'd definitely keep trying new things until I get what I want.

I'm relatively new to cooking & grew up in a family that "made" stuff; they didn't "cook". I was away for 4yrs & nobody believed that I now do more than phone in an order so I've been cooking alot since I've been back. I like to try new things & not just the basic food we had as kids. It's hit & miss. Sometimes it turns out great, sometimes it's a hot mess! I don't get discouraged though b/c at least I'm trying! And I'm learning as I go.

Great discoveries can be made from experimenting. And what fails in one recipe, can be successful with another.