If there was just one carb to darken my doorway for the rest of eternity, it would be pasta. My kids request it nightly. I like it. My husband likes it. And there are endless ways to flavor and dress it. As far as versatile ingredients go, pasta is right up there.

Typically, we eat dried pasta. Heck, if you were to open my kitchen cabinets, you would find no less than five boxes of dried pasta. Go down to my basement and there is a whole tote of pasta (I stocked up during a great sale). It’s easy, and we like it.

But lately, homemade pasta has been on my brain. When I recently went to Minneapolis, I ate a delicate, tender housemade pasta that was out of this world. Every bite was creamy, silky bliss. Ever since then, I have been toying with the idea of making pasta again. The last time I made pasta was years ago, and I didn’t feel like the results were better than my favorite dried pasta, so I swore it off. But things change — skill levels, interests, desires … so this weekend, I did it again.

The recipe I used came from Vegetarian Pasta Cookbook, a cookbook that I’ve own for … a long time (and we will just leave it at that). It started like most pasta recipes do — flour and eggs. But it also had oil and water.

The dough is mixed together until it’s crumbly. Then, you turn it out onto a floured surface and knead it until the gluten breaks down and it gets smooth. It takes maybe five minutes of kneading to get it there. While I was working the dough, Paige came running in to see what I was up to. She, as is often the case, pulled up her favorite stool and stood to watch. I know she wanted to help, but being my first time, I decided to press on myself. Next time though, I would love to let both Will and Paige take a turn at knead (with just-cleaned hands, of course). It’s an interesting process to feel as the dough goes from crumbles and bits of flour between your fingers to an elastic-y ball of dough. The change in texture and composition is amazing.

In any case, one the dough is smooth, it’s stuck into a resealable plastic bag and left to sit for about a half-hour.

Once it’s all rested (and yes, that is an important step), the dough is rolled thin in a pasta roller into a sheet. Again, this could be a good place to get the kids involves — they could catch the sheets as they come out of the pasta roller and set them aside for cutting (natch, that’s the next step). I made linguine, using a pasta cutter attachment for my KitchenAid for this step as well.

Now, this is the point where I have gotten frustrated in the past — because when you are inexperienced in the art of pasta making, it all can be intimidating. But this time, I learned a few things. First, the dough needs to be relatively thin before feeding it into the roller for the first time — otherwise it will get stuck. Also, the dough that you aren’t rolling should remain covered so that it doesn’t dry out. And finally, the dough needs to be rolled thinner than you think you want it to be, because it will puff upon cooking.

In the end, the pasta was pretty good — tender, but not silky. Flavorful, but not perfect. The dough was firm — perhaps too much so — which made handling it a challenge as well.

So, no, this isn’t the perfect homemade pasta recipe, so I am not going to share it today. But I am on the hunt. One of the big things to come out of my pasta making was discovering that it’s not as intense a project as I remember it being. All in all, the pasta went from flour to plate in about an hour and a half, which isn’t bad for a lazy weekend day.

Do you make your own pasta? Have a favorite recipe? Share in the comments! 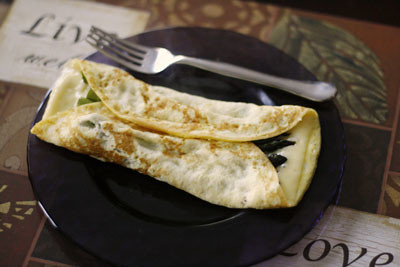 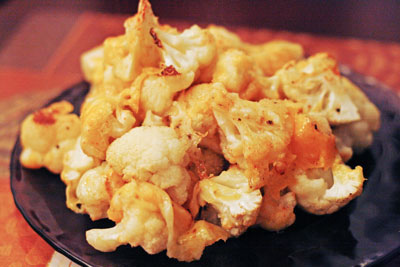 I love homemade pasta. I studied abroad in Italy in college, and my program arranged for its participants to take a few evenings of cooking classes from an Italian chef, and her pasta was DIVINE. The recipe only involved egg and flour, but she used semolina flour and swore by it. Just food for thought!