Maple syrup is a staple in our house. We eat it on pancakes (like these delish Pumpkin Chocolate Chip ones) and use it to glaze veggies and meats. And it always has to be the real thing. No imitations, or else I just won’t eat it.

The kids know that we only use real maple syrup. Why? Because in a time not that long ago, Shawn didn’t. There was maple syrup and “Daddy’s syrup,” and the kids quickly learned the difference: maple syrup comes from trees … Daddy’s comes from a factory.

But maybe a year ago, Shawn gave up his syrup in favor of the real deal. I can’t remember when it happened, but I’m glad it did. Now, we only have maple syrup.

About a month ago, Will started asking questions about maple syrup. Where does it come from? How is it made? Who makes it? So, I figured it was time to head off to a maple syrup fest so he could see for himself how maple sap becomes maple syrup.

Years ago, I covered the opening of maple syrup season for a newspaper, checking out a family farm and covering a super informative festival. It was awesome, so I knew a fest would be perfect for this. So, I did a quick Google search and found one not too far away.

We ended up heading to the Open House Maple Festival at  Sullivan Farm in New Milford, which is run by the New Milford Youth Agency. Guides showed us everything about the process, even letting us sample Grade A and Grade B syrup.

We saw how trees are traditionally tapped, and more modern taps like the one above. The maple sap drips from the tree, down the tap and into the bucket. These days, most trees are tapped using a tubing system instead of individual buckets like this. New taps need to be make each spring.

And we saw a basic history of how maple syrup makers boiled the sap into the sweet, delightful syrup. Originally, it was done in big hollowed out logs and heated with hot stones, which took awhile, as you can imagine. Then came this bucket method (see photo above), where a heavy bucket of sap was placed over an open flame and boiled down. Eventually, the boiling was done in a special metal unit that allows the fire to reach a wider section of the sap. Today’s methods are similar to that, though on a larger scale. Sadly, I failed to take photos in the sugar house.

Oh, and one more interesting fact: Maple sap has 2 percent sugar. It’s boiled down until it has a 67 percent concentration of sugar.

What cool food-related outings have you taken lately? 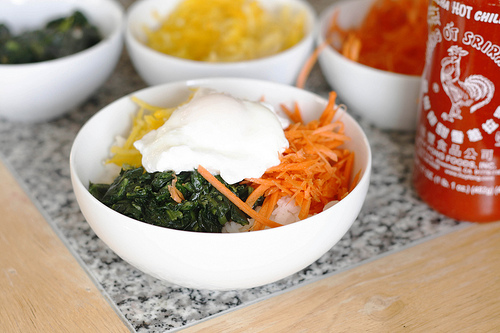 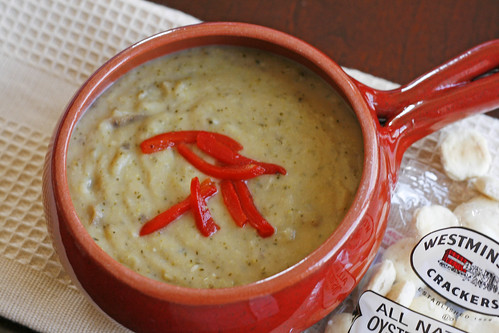 Your house sounds so much like my own. There's syrup for everyone else, but my husband will ONLY use log cabin light.

Sarah, this is a food-related outing I would love to take! We are a real maple syrup household. Thanks for sharing the process. I prefer Grade B. Which do you prefer?

Jean, Grade B is my favorite too! In fact, I bought the biggest crock of it they had when we were at the farm.

How cool! I think it's so fun to see where foods come from and really gives you a sense of the quality of the ingredients you're using...and a deeper appreciation for them! We grew up on imitation syrup but now I'm a real syrup girl all the way!

This is SO cool. We eat lots of maple syrup, not just on pancakes and french toast, but also in breads and drinks. This winter I discovered the best hot chocolate recipe. I warm a cup of milk in the microwave and then mix in a teaspoon of dutch cocoa and 1.5 teaspoons of maple syrup. Wow. Thanks for this post.