When I arrived in New York last Sunday, after checking into the hotel, my first stop was meeting a good friend for lunch. We’ve been friends since college, when we were two skinny, food-loving girls. Of course, something delicious was in order.

Now, I am a total sucker for German food since it was a family favorite growing up. But, since I know what good German food tastes like, I am really super picky about it. That’s why we actually don’t eat a lot of German food at home — I don’t have a great source for wursts around here. The supermarket brands? They aren’t even in the same ballpark.

I really enjoyed my lunch at Hallo Berlin Express. The bratwurst and knockwurst were just as I expected them to be — snappy and tender, with just the right flavors. The sauerkraut was good, as was the red cabbage.

The real surprise was the mustard. Although I despise mustard, I forgot to ask the server to hold the mustard on my plate. Naturally, I was nervous to eat anything in the general vicinity of the mustard. But it didn’t bother me. Heck, it actually was kind of tasty. Of course, being a mustard-hater, I can’t attest to its authenticity or tastiness to someone who actually likes mustard.

Overall the experience was a good one: tasty food and swift service. It wasn’t the best German food that I’ve ever had, but it was pretty good. I really liked the wursts, and the platter I ordered was really filling. Hallo Berlin Express is perfect for when you want that German fix in a pinch.

After lunch, we were stuffed but decided to drop by Kyotofu NYC for take-out dessert for later. Also on 9th Avenue, this Japanese dessert bar offers a range of food and dessert. Their Chocolate Souffle Cupcakes were voted best New York cupcake in New York Magazine, something I wished I’d known before ordering.

We ended up getting Blueberry Yuzu Cupcakes and Chocolate Chunk Hazelnut Kinako Cookies to go, and I ended up eating mine the next day.

The cupcake was unlike any other I’ve had. It didn’t have frosting or icing of any sort, and was decidedly more muffin-like than cupcake-like. The yuzu flavor, which is supposed to be somewhat citrus-y, wasn’t pronounced (or noticeable), but the blueberries were big, sweet and plentiful. All that said, this Blueberry Yuzu Cupcake was moist, airy and delicious. I would definitely consider ordering it again — but knowing that it’s more like a breakfast-appropriate muffin than anything else.

Now, the cookie. Oh, the cookie. That was a surprise. I adore chocolate chunk cookies, and this one from Kyotofu NYC easily was one of the best I have ever had. It was filled with big chunks of smooth chocolate and hazelnuts! I’ve been fondly remembering it ever since.

I’d love to try Kyotofu’s brunch sometimes, which sounds delicious. They are also open for lunch and dinner.

Have you eaten anywhere delicious lately? 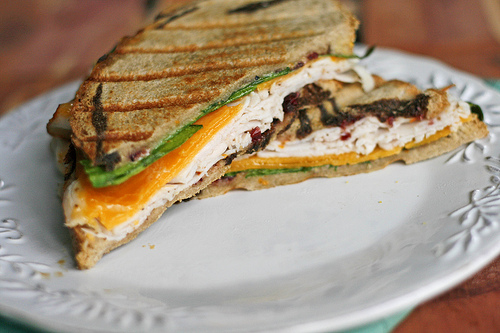 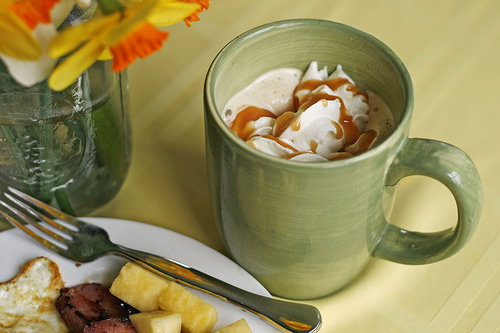 Have you tried the cafe at the Neue Gallery? Technically it's more Viennese than German, but that's where I go for my fix when I'm in NYC.