The Declutter Project: Decluttering The Bathroom

The Idea: What if my family were to try adopting the techniques in a book dedicated to being clutter-free and put them into action? Could that lead us to clutter-free bliss? It’s something I was willing to try, so a few weeks back we gave it a try. The book? It’s All Too Much by Peter Walsh. And away we go …

Oh, the bathroom. In my tiny house, we have one full bath and one half bath. It’s always struck me as funny that the two are about 20 feet from each other — at best. You’d think it would be easy to keep two small bathrooms neat all the time. But that’s a hard task with four people — including two kids who spill more toothpaste than they use — using them daily.

I decided to start small with an area that’s really just mine — my bathroom. It’s a small half-bath at the front of our house where I have been primping and prepping for the last eight years. While pregnant with Paige, I decided it needed to be purple, and it has been ever since. Though I have contemplated repainting several times, I actually really like the bold color.

However, the room hasn’t always been the sanctuary I imagined. It often becomes a de facto storage area when we need to tuck things away. And sometimes, that totally gets away from us. In fact, from just before Thanksgiving until a few weeks ago, it was overrun with boxes, wrapping paper and other stuff that just needed to be put away. Just before starting this project, I cleared out the room. Decluttering the bathroom was definitely still a very much needed thing though, as the counter and cabinets were overflowing with stuff.

What the book suggested: According to the book, clutter in a bathroom isn’t just an eyesore — it can create a dangerous environment ideal for growing all sorts of grossness like mold. Blech. Furthermore, when decluttering the bathroom it’s important to put away that which you don’t use regularly, toss makeup that’s more than six months old (!!) and also keep only those items you need regularly handy.

What I did: It felt like decluttering the bathroom was an almost impossible task. There was just so much stuff (not just the stuff you can see — the stuff you can’t see too). I cleaned out the vanity, tossing some super old cosmetics (ahem, goodbye to that super fun eyeshadow from college), some beauty products that I haven’t used in forever and some items — like a hair clip that didn’t work well — that I’d held onto because I felt like I should. Once that was done, there was a lot of room in the vanity for my makeup case to be stored behind closed doors. Also, I left out only the few items — contact solution, contact case, hand lotion and makeup remover — that I use every day. I can’t tell you how much more peaceful this makes the whole room feel with the counters no longer crowded with stuff.

Maintaining it: Decluttering the bathroom was the first room I worked on for The Declutter Project. Doing so made a huge difference in the appearance, ease of use and functionality of the bathroom — which made me so happy.  I absolutely loved having full access to the room again. And since then (it was about a month ago), I have kept up the decluttered functionality with minimal regular maintenance. Once it was cleaned up, it was a lot easier to keep it that way. But that’s not to say that it’s done. There is a closet in this bathroom that’s still overflowing with things to be gone through and I haven’t done that yet. But seeing how well this worked, I am motivated to do it — so it’s on the list.

Is your bathroom super clean? Or is decluttering the bathroom on your to-do list too? 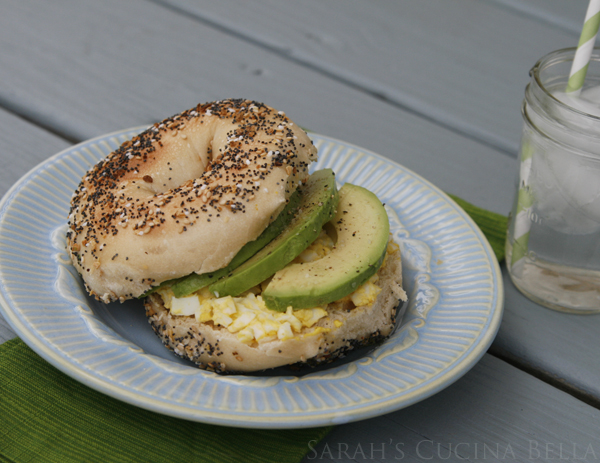