The Declutter Project: The Kitchen, Part 1

The Idea: What if my family were to try adopting the techniques in a book dedicated to being clutter-free and put them into action? Could that lead us to clutter-free bliss? It’s something I was willing to try, so a few weeks back we gave it a try. The book? It’s All Too Much by Peter Walsh. And away we go …

Our kitchen is the hub of our home. We start our days there at the kitchen table where the kids eat breakfast together every morning while I do dishes and make lunches. And in the evening, our family gathers every night for dinner. All the same, it’s also the place where lots of stuff accumulates — from errant mail to toys waiting to be glued back together. No matter how many times I clean it and say enough is enough, it seems like the stuff always comes back.

Taking on the kitchen is a huge job. Because of the amount of time we spend in there, it seems to accumulate the most stuff. And the more stuff that ends up in the kitchen, the harder it seems to get control of the stuff. It’s a vicious and awful cycle.

When the kitchen is clean though, I — actually we all — enjoy it so much more. So this is an important room to declutter.

What the book suggested: The book talks about the magic triangle — the space between the sink, stove and fridge, and the importance of keeping it clear. Otherwise, it isn’t as functional or useful. There were also several suggestions on paring back on the utensils and cooking gear. Oh, and getting rid of any cookbooks you haven’t opened in a year.

What I did: When I first started this project, I cleaned off the kitchen island, reordered things and called it a day. Except, that wasn’t enough. The drawers of the island were overflowing with kitchen gear and gadgets and the top accumulated more clutter. So I started again, digging a little deeper this time to declutter in a way that will be sustainable.

Our kitchen island falls right in the middle of the so-called magic triangle. While I generally follow the suggestions, the clutter here feels unmanageable. I decided to take charge of my kitchen again. I started by organizing and purging all the non-kitchen stuff on the surfaces, which made a big difference in the aesthetics. I parted with some school assignments that we really don’t need to keep and put away some of the stuff that had gotten forgotten there.

Then, I started going through the drawers, which was a really big and huge deal. I can’t remember the last time I went through those drawers and it showed. We have so many utensils — more than I could ever need. After cleaning the drawers, I put back only the things we really use and need — so, yes, the two cheese graters (they are different sizes), three pizza wheels and four corkscrews all stayed. But the broken meat thermometer, long-broken small cookie scoop that I already replaced and the cheap vegetable peeler that I hate had to go. So did the metal skewers that never really seem to be clean (despite scrubbing) and the can opener that doesn’t really work well.

By the time I was done, all the gear fit snugly into the two drawers without getting stuck on opening (huge improvement!). And now I know what’s in there (a relief!).

Now, to just give this decluttering treatment to the rest of the kitchen. Because this is such a big job, I’ll be breaking off other parts of the major kitchen decluttering into more posts. Oh my.

When was the last time you went through your kitchen drawers? 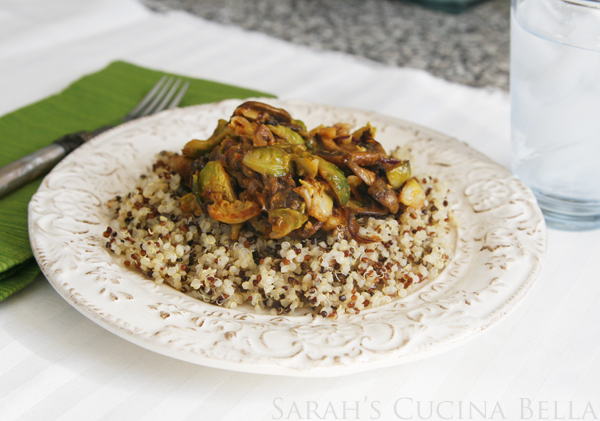 One thing that I do on a regular basis is to do a quick glance-over of a drawer when I retrieve something from it. If I notice anything that I know I don't want, I place it in our giveaway bag - immediately. Out of sight, out of mind!!

This is a great post. I am going to share it via my website. You will be able to see it via this link by end of day!!

Clutter makes me crazy and I'm constantly going through drawers and closets, getting rid of stuff. It's amazing how much stuff we have that we don't need.

FANTASTIC job, Sarah!! Please, please, PLEASE can you come to my house with your magic wand? My problem is paperwork and mail. I know what I SHOULD do, and then there's what I do... which is inundate our island with stacks weighted down by more stacks. Sigh. I might need that book.

Maureen, I highly recommend it. It really takes a common sense approach to it all and forces you to realize that no, you will never use that bent spatula again or that sucky can opener -- so why hang onto it? I also have huge issues with mail and paperwork. I've gotten a little better since I started this project (haven't tackled the subject yet though), but I can see it all creeping up again. I think once I have gone through the whole house, life will feel a little sweeter (since I won't be so stressed about it all).

This is really good inspiration to go declutter my kitchen too! It's amazing how all the tools and such build up, and then it's just piles of stuff that you're digging through when you're looking for something =)

Right? I feel like I can never find what I am looking for. So far, the drawers are so much easier to navigate -- and I found my dough scraper in the process too, which I should totally use.