This is a sponsored post written by me on behalf of Barilla, but opinions are my own.

On Sunday, I couldn’t wait to sit down to dinner with the kids. Will had played his first soccer game of the season that day, and it was an amazing game.

After playing for four years, Will’s soccer skills have really developed. As he raced up and down the field, he was tenacious with the ball, kicking it away from the other team whenever possible. His coach this season has really encouraged him as a defensive player, teaching him how and where and why to stay in certain areas of the field.

As a result, something has clicked and he played his best game ever — something that was evident in the amount of playtime he had.

When we gathered around the table, we talked about the game — how he felt he played, what I saw and how his hard work was paying off. We also talked about Paige’s practice, and some changes the league has made to her division for the spring season — like having scrimmages instead of actual games. She’s not happy with the changes (I totally agree with her).

Our dinner table is a place where we both share a meal and share our lives. And really, when it comes to family dinners, it’s not enough just to eat together. Barilla recently asked me to talk a little about why sharing the table during mealtimes is important and meaningful to our family, and for me it’s about the conversations. The dinner table is where I hear about what’s happening in the classroom, learn what the kids like and dislike and so much more.

And it’s a place for me to connect with them, sharing funny stories and bits of my day.

Barilla has launched the Share the Table campaign to encourage families to come together meaningfully at the dinner table. According to Barilla, there are so many positive effects of eating dinner together.  In face, kids who eat dinner as a family benefit from better grades (49% report mostly A’s) and healthier habits (such as eating nutritious foods, 33%) and describe themselves as respectful (75%), happy (70%), rule followers (66%), confident (58%), independent (56%) and hardworking (52%). Also, adults have more feelings of happiness (65%), and are less likely to have feelings of stress (65%).

As part of Share the Table, Barilla is also helping families to eat together through Feeding America. Feeding America is the nation’s largest organization dedicated to fighting domestic hunger through a network of food banks, and Barilla supports that goal. For every post using the #ShareTheTable hashtag, Barilla will help provide the monetary equivalent of ten meals ($1.11) to Feeding America, up to one million meals. One dollar helps provide 9 meals secured by Feeding America on behalf of local member food banks. Valid through 4/30/14.

Also, be sure to check out >Barilla’s Share the Table site.

Do you have meaningful conversations around the dinner table?

Disclosure: This is a sponsored post written by me on behalf of Barilla. For every post using #ShareTheTable from now until 4/30/14, Barilla will donate a monetary equivalent of ten meals ($1.11) to Feeding America®, up to 1 million meals. Barilla will donate a maximum of $110,000.  One dollar helps provide 9 meals secured by Feeding America® on behalf of local member food banks. 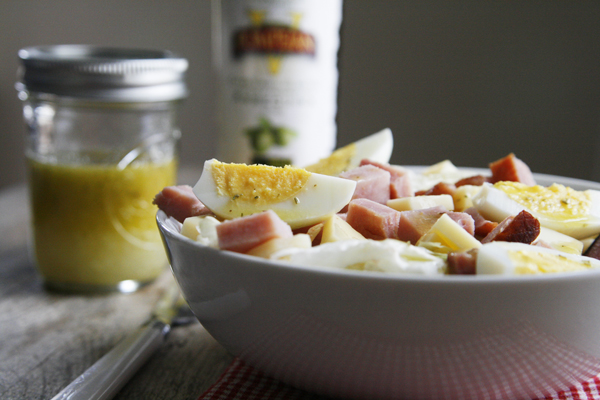