As a mother of a young child, I am constantly on the prowl for what’s safe and what isn’t. In my house, we avoid partially hydrogenated oils, high fructose corn syrup and microwaving plastic. But until this week, I hadn’t given a thought to the melamine plates that my son eats from. After all, the durable melamine prevents accidental breakage from my helpful boy trying to clear the table.

But after weeks of coverage of the tainted pet food that has killed countless pets from kidney failure, it’s come to light that the chemical pesticide that harmed the animals was melamine – the same chemical that is in the melamine resin that my son’s plates are made of. It’s bad enough that the harmful chemical has made it’s way into our food supply. But why isn’t anyone questioning this material’s other uses?

Melamine is something that has been widely considered safe. But even the FDA admits to be taken by surprise by the harmful effects of melamine additives on animals, according to NPR. Could melamine not be that safe after all? And if so, is the contact risk of using melamine plates an acceptable risk for my child?

So, I’ve done a touch of research. Melamine resin – the stuff plates are made of – is a compound made of the melamine chemical and another chemical, urea. It is more heat-safe than regular plastics, but can melt at high temperatures. And it’s not microwave safe.

So what then? Urea? Potentially harmful chemicals? It’s definitely an eyeopener. And honestly, with the risks of melamine in the food supply coming to light, I can’t help but have concerns that it’s not safe enough to eat off of either. I don’t care that people have been using it since the 60s. It’s just not an acceptable risk for my son.

I think it might be time to look into Corelle.

UPDATE: I decided what to do about the melamine. 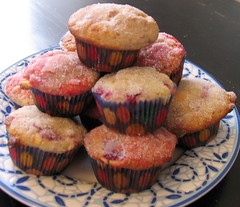 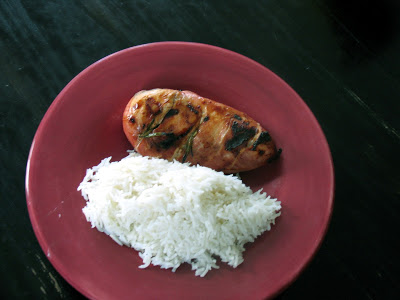 I have had Corelle dishes shatter into zillions of tiny, sharp shards when they were dropped. It doesn't happen often, but they should not be considered unbreakable.

I really doubt that enough melamine will leach from dishes to be harmful. They have been used since the 1960s, after all, with no reports of problems from normal use.

There is no doubt that melamine added to food is harmful. However, I wonder how much of that substance is released from the plate.

Good question -- and a hard one to answer. Look at the bottom of your plates first and see if there is a label or identifying marks. Sometimes it will just say melamine (but not always).

Basically melamine is a very, very, very hard plastic that many - I might go so far as to say most - plastic dinnerware is made of.

Wish I could help you more!

It's really unfortunate that the prettiest mixing bowls are made from melamine. I've seen many that were fun and funky, but for my family and me I just can't believe it's as safe as its claimed to be given what melamine is made from.

I was just given a set of very pretty Melamine mixing bowls. I like them because they are light and colorful. Now I am wondering if I should very nicley give them back to the giver and look for something else. If so what? I want something that is light weight and not hard to lift. What can you suggest? Casey