Remember when I vowed to make 2018 a year of travel for us? I wasn’t kidding. In February, my kids and I made our annual trek to Boston. You’d think going nearly every year we’d have had seen everything by now — but we haven’t. There’s still so much for us to discover, check out and see.

While we were sightseeing and having fun, we also ate a ton of great food. Now that my kids are 10 and 12, they really get into trying new restaurants and cuisines so that was a pretty awesome part of the trip. I love how open they are to different foods.

Without further ado, here’s what we ate in Boston, part 1. 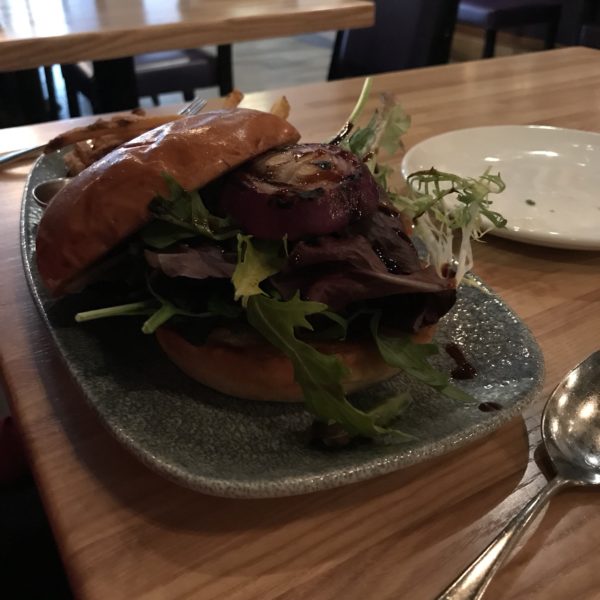 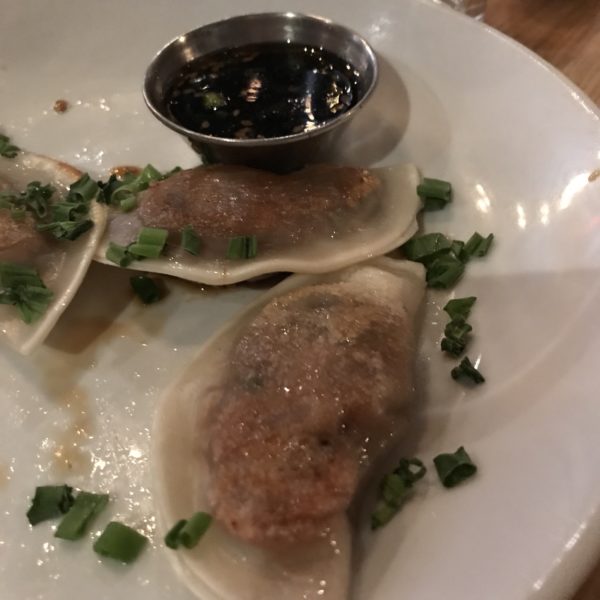 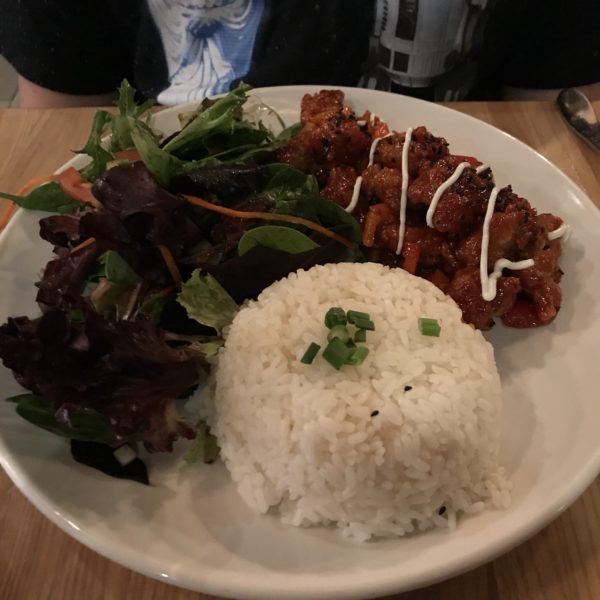 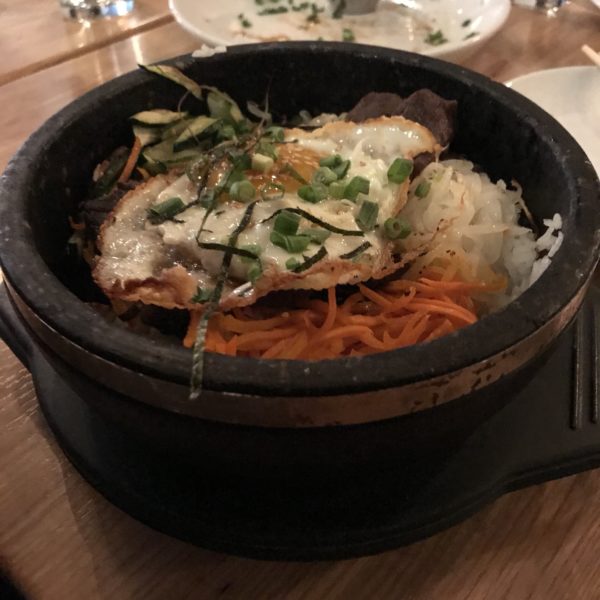 We first spotted Koy just before Christmas when we had a layover in Boston. Though we didn’t eat there that day, I vowed that the next time we were in Boston, we’d try it. So when we headed there in February, that was our first stop. Koy serves Korean-fusion fare, which is a fancy way of saying it’s sometimes Korean, sometimes Korean-inspired. We ordered Korean Mandu house dumplings to share, which were delicate and boldly flavored. For lunch, my son had the Master Chang Chicken, which is breaded chicken in a garlic chili sauce. It’s not unlike General Tso’s Chicken, if you gave the flavors a facelift. Though he liked it, it was spicier than he would have preferred. My daughter ordered the Seared Salmon Sandwich and crowned it one of the best sandwiches she’s ever had. The glazed salmon on buttered brioche with red onions and greens is a combination that works. As for me, I had the dish that drew me to Koy in the first place: Bi Bim Bap. It’s been a favorite since college and the one at Koy served in a hot stone pot was lovely. Though it was a little differnet than ones I’ve had before (owing partially to the egg being cooked outside the pot before serving and partially to the well-seasoned but large strips of beef in it, it was delightful. We’ll be returning to this lovely restaurant with the mural of koi fish. 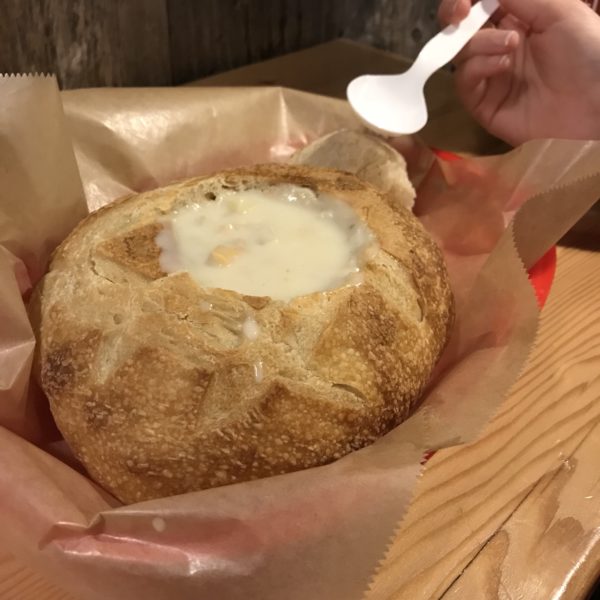 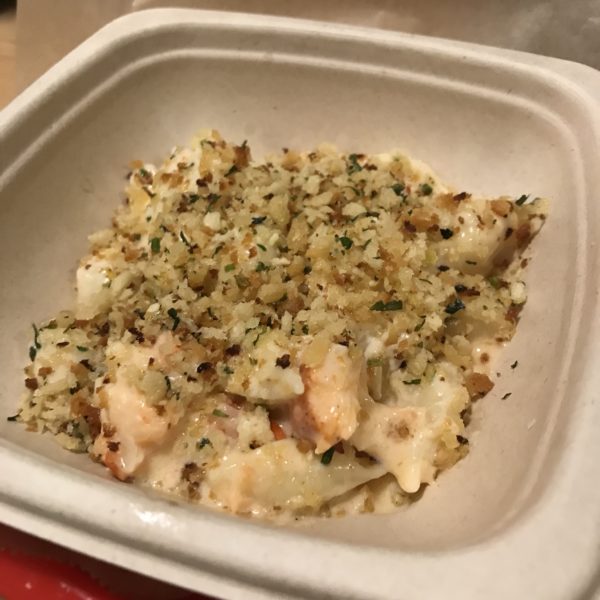 It was the Lobster Mac and Cheese that drew Will and me to try Luke’s Lobster for the first time while we were in Boston. And though the portion was considerably smaller than I expected, it was every bit as delightful as I could have hoped for. The crispy topping, the chunks of lobster, the perfect creamy sauce … Love. And it was the clam chowder that drew my lobster-free daughter to accept this dinner choice. Served in a bread bowl, it was well seasoned and super chunky. Yum. 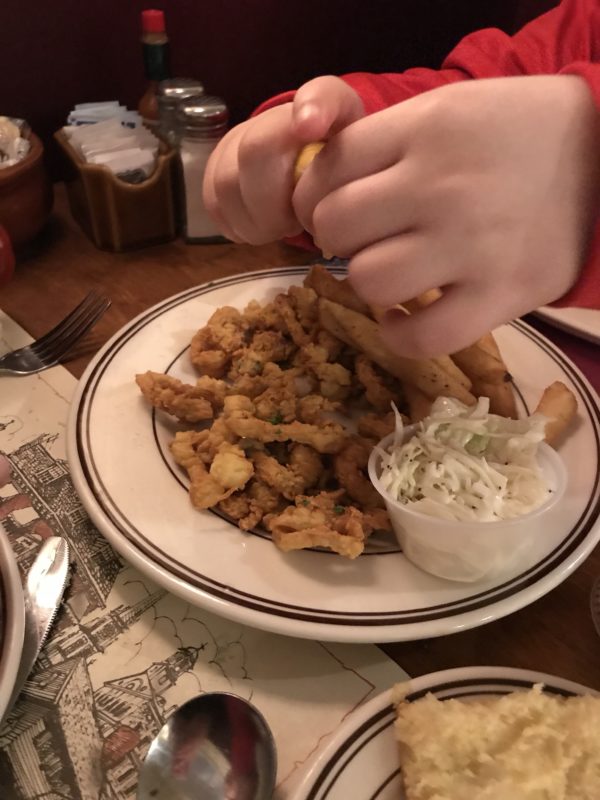 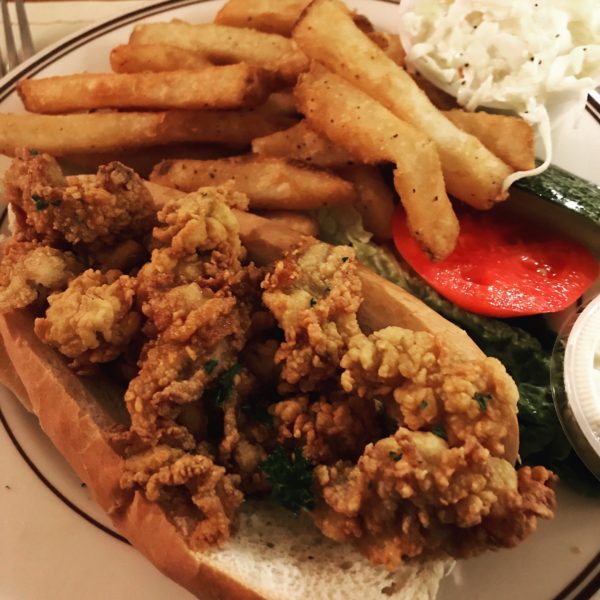 On nearly every trip my kids and I have made to Boston, we’ve made a point to eat at Union Oyster House. We love it — and the touch of history that comes with every meal there is a nice side dish too. On this trip, my kids shared a Tender Sweet Clams platter and I had the Fried Oyster Roll. Both were just perfect and the right amount of filling for lunch. And, as always, we adored the cornbread they deliver at the start of your meal.

Though I adore it, my kids had never tried falafel before. After passing several falafel restaurants though, they were ready to give it a try. Falafel King was close to our hotel on this visit, and when I checked out the menu online it looked like the perfect introduction to this food. It was. The crispy-on-the-outside, soft-on-the-inside falafel was delightful, as was the hummus, Baba Ghannouj and tabbouli. Good choice. Good food.

Why, yes, we did eat a lot of cupcakes on our last trip to Boston — and with good reason. Sweet Bakery was just down the street from our hotel and their delightful creations were well-crafted, well-flavored and absolutely delicious. My favorite was the Snickerdoodle, but their Hostess-style cupcake was pretty divine too.

Also, as I was writing this, I realized that we ate so much it would need to be two posts. Look for part 2 soon.