An Immersion Dinner in Boston, A Smiley Chef and Hood Cream

For the remainder of 2016, I’ve partnered with Hood Cream to create a series of posts, including this one on a recent immersion dinner in Boston, held at Deuxave. Although I was compensated for my time and effort, all opinions are my own.

On a warm September evening, I crossed Commonwealth Avenue in Boston to Deuxave, the six-year-old Back Bay restaurant of Chef Chris Coombs, a bright, enthusiastic chef with a brilliant smile. A contemporary French restaurant, Deuxave is among his award-winning Boston-area restaurants, which also include Boston Chops and dbar, and on that evening I was there as a guest of Hood Cream.

And I’ll be the first to admit, even having been there I am still not entirely sure how to pronounce the restaurant name. But that’s okay — we were there to let the food speak.

Hood is a company I’ve worked with several times over the last few years — from writing about birthday parties with their frozen treats to hosting an online cooking class. I grew up with Hood products, from the Hood Half & Half that was often in the fridge for coffee to the heavy cream we used — and still use — to make whipped cream on holidays to top our pies. But really, HP Hood’s history goes back much farther. Founded in Charlestown, Massachusetts, in 1846, it’s one of the largest branded dairy operations in the United States and the top dairy brand in New England.

And, it’s also something that Chef Coombs loves to cook with. He too grew up with the brand and has worked with them over the last few years creating recipes and hosting dinners like the one I attended.

For our dinner that night, in the elegant space with dark wood, a feature stone wall and mood lighting, Chef Coombs created a dinner where every course featured Hood Cream. Each course was explained to us, and then we tasted. And tasted. And tasted.

Although cream can be used to make heavy, rich sauces and dishes, Chef Coombs aimed to show how cream can also be used in less heavy presentations for flavorful results.

The theme of the dinner in Boston was “Soiree for the Season.” 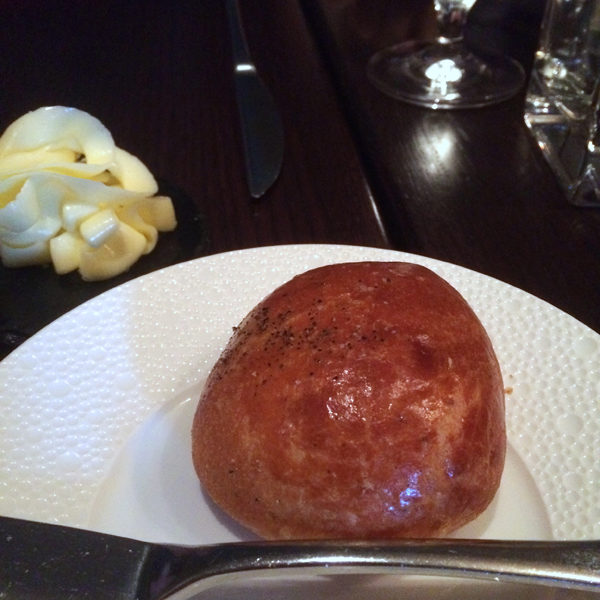 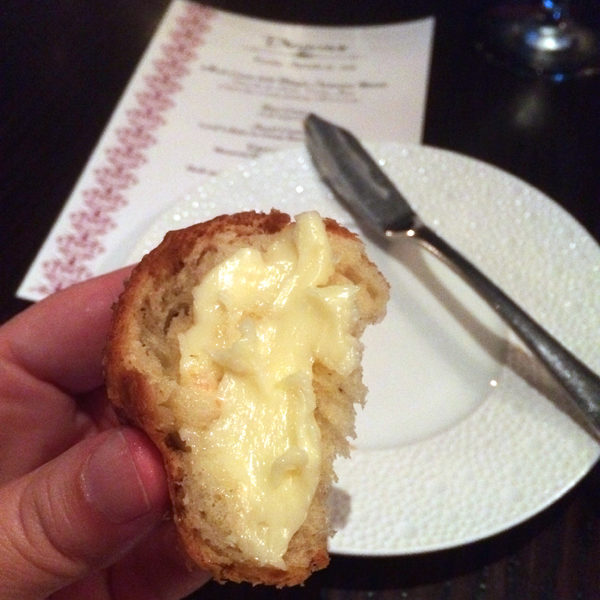 But first, the roll. This black pepper brioche roll was so light, tender and lovely. And the housemade butter, perfectly softened, was heavenly. I’ve always been a fan of the bread basket, but this combination really started off the evening delightfully.

For the first course, Chef Coombs made a Crab Imperial appetizer, a riff on a classic casserole dish. This version, warm and inviting but not heavy, was cooked in a sort of puff pastry. The flavors and textures — from the flaky pastry to the creamy crab mixture — were just right. This is the kind of appetizer that would be fun to serve pre-Thanksgiving dinner or as a passed appetizer for a holiday party.

Living in Maine, you might think we eat lobster often. But as I was served the second course — Lobster in Cream Sauce with Celeriac — I realized I couldn’t recall the last time I had it at all. I’d wanted lobster on my birthday this year, but the market price was unreal. Fortunately, this heavenly dish created by Chef Coombs broke my unplanned lobster fast in the best way. I nearly licked the plate. The cream sauce really made the dish.

You can’t get much more classic than macaroni and cheese, even when you dress it up with a fancy Italian name. But there’s so much joy to be found in the traditional. For the third course, Chef Coombs went heavier with Macaroni Quattro Formaggio, a creamy four-cheese macaroni with a crunchy topping that elevated the dish from basic to awesome. It was worth it.

I’m not sure I’ve ever cooked escarole. And I can’t recall when I last used whites beans. But this dish made me want to do both. The escarole and white beans served with the fourth course — Herb and Pistachio Crusted Lamb Rack — were laced with a light but creamy sauce. It was an elegant, refined dish.

And then there was one — the final course. The one to wrap up a deliciously delightful evening in a pretty bow. This Stick Toffee Pudding did all that. I’d never encountered this dessert before, though I’ve certainly heard of it. For a first introduction, this couldn’t have been better. The secret to the moist, decadent, rich cake that Chef Coombs made was fresh figs, which are inside the cake. Unfortunately, figs are both very fragile and have a ridiculously short growing season (it’s right now), so chances of recreating this at home are pretty slim.

This last one was the dish that made me smile the most — something that Chef Coombs immediately noticed and noted. A younger Sarah might have been mortified being singled out like that. But older Sarah didn’t care — I was too busy enjoying the dessert. The incredible, unforgettable, amazing dessert.

Chef Coombs is presently working on the second addition of Hood Cream’s eCookbook, “Chef Creations Inspired By Hood® Cream,” which will include a new chapter of the same name as our dinner — Soiree for the Season. It’s expected out soon. One of the things that I found most endearing that evening was hearing how Chef Coombs decides if a recipe is good for the average home cook: He calls his mom and runs the recipes by her.

You can’t get much better than that.

And here are a few more images from the dinner: 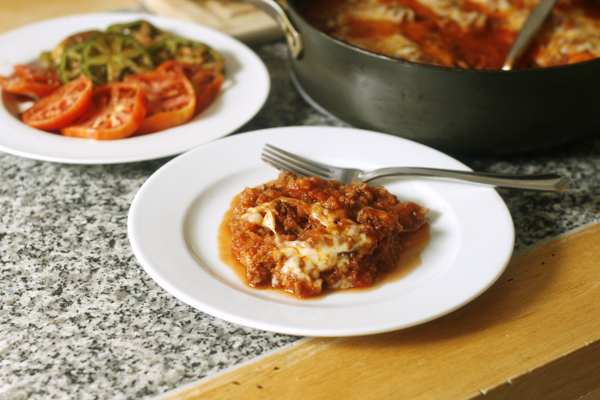 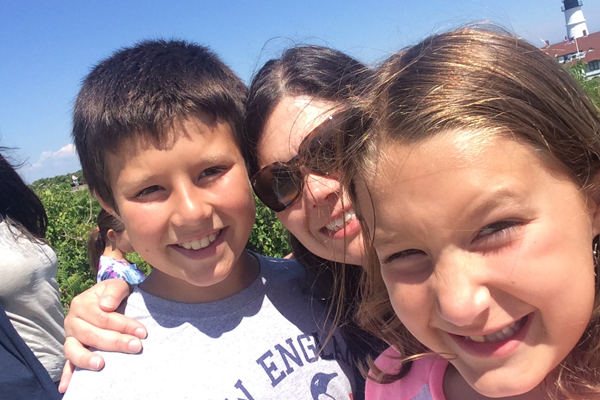 Next
5 Healthy Habits I Model for My Kids
Click here to cancel reply.