Whip up a creamy batch of Tomato, Bacon and Cream Pasta for dinner tonight. It’s a quick and easy recipe that everyone loves.

This pasta is a step out of the ordinary for me.

It’s rare that I make a pound of pasta for the four of us. Usually, I am a half-pound-serves-four girl, but when I was making this, I decided to indulge.

Good thing I did.

The kids went crazy for this pasta, each having a second helping (which means they ate one adult-portion, instead of their half portion that I scooped out).

Generally, I don’t make cream pastas either. But the carton of heavy cream was staring me down, and I wanted to use it. I wanted something rich and creamy for dinner. This totally fit the bill (without being obnoxiously bad — yes, it has bacon and cream, but not an overt amount of either).

It’s not the healthiest dinner you can have, but sometimes having something that just hits the spot is just fine. Of course, this isn’t an every night thing … but once in a while? No biggie, I think.

What do you think? Is indulging in a pasta like this okay once in a while?

P.S.: I should mention that I made this with Muir Glen’s Reserve Tomatoes. They were kind enough to send me some a few months back, and they are incredible. But any good quality, not-too-acidic tomato will work fine in this recipe.

P.P.S.: The free tomatoes didn’t influence my writing of this post. I just really liked the sweet, low-acid tomatoes. Oh, and I write for several General Mills’ sites too. But that has no bearing on this either. 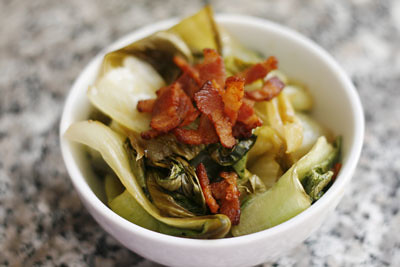 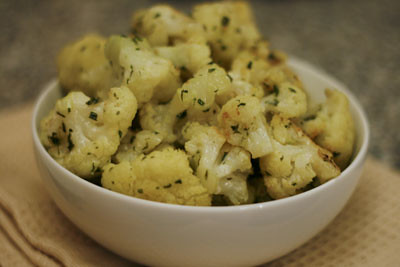 Oh my lawd. I just fixed this and it is INCREDIBLE!

I am so glad you enjoyed it! Thanks for the comment. It always makes my day to hear that.

My boyfriend made this for me per my request for Valentine's Day! It was so delicious, smokey and creamy, oh my! Thanks for sharing!

Oh yum!!! Sounds delicious and looks easy to whip up too.

Indulging once in awhile is good for the soul! Cream , bacon and tomatoes are a perfect combination for pasta.

YUM I've totally been craving creamy pastas because it's so cold here. I had a big bowl of spaghetti the other night and it totally hit the spot even though I'm sure it wasn't very waist friendly!