Vegetarian Thai Red Curry with Asparagus is an easy recipe made by sautéing vegetables and then simmering them in a Thai red curry sauce.

When I unwrapped the box at Christmas, I gasped in glee. A record player had, somewhat secretly, been on my list of wants for more than a year. I imagined the music that would play throughout my house as I cooked, wrote, read, whatever. We’d collect records, put one on while we ate or played games or whatever. It would be so sweet.

My parents didn’t know that when they gifted it to me — they just thought it would be something quirky I’d like.

I so very much did.

The gift had two companion gifts — a greatest hits album from The Beatles and a Nirvana album I adored as a teenager. Good starter records for my collection, for sure. But as I later dug through records at second hand stores, media stores and anywhere else I found them, I realized what I really wanted was a little different … I wanted Broadway show tunes.

Those are the records I best loved as a child — the ones with music from Cats, West Side Story, Les Miserables and others. The ones with lively beats and familiar words. The ones my grandmother and I listened to when we through open the windows in springtime and cleaned the house.

As I write this, the soundtrack to West Side Story is playing in the background, and I am wondering if I could ever love side two as much as I love side one. Who knows. Tonight, tonight, I feel pretty and witty and … well, you get the idea.

This curry dish doesn’t take me quite as far back as show tunes do, but it does make me reminisce for times past — like that cold winter when I discovered how lovely a homemade Thai curry made with full-fat coconut milk could be. That winter, I made variations on this curry again and again, until I could practically make a single serve portion in my sleep.

One of the things that making those dishes changed for me was how I approached coconut milk. I’d only purchased more watery light versions before that. But the thick, creaminess of the full fat version was so silky and produced a decadently flavored sauce that I could practically drink.

I haven’t bought any coconut milk labeled light or lite or any other variation on the spelling since.

This version, made with sautéed veggies like onions, carrots and asparagus, is so simple. The veggies cook gently in olive oil to crisp tender and then the remainder of the sauce ingredients simmer in the pan for a bit.

Toss it all with rice noodles and you have an easy dish with a nuanced, slightly spicy flavor. This is pleasant heat — to me. That said, if spice isn’t your thing, reduce the Thai red curry from three tablespoons to two.

And the leftovers make lovely lunches. Just reheat and enjoy. Doesn’t get much better than that.

Now, if I could just score vintage copies of the soundtracks to Chicago and Phantom of the Opera … 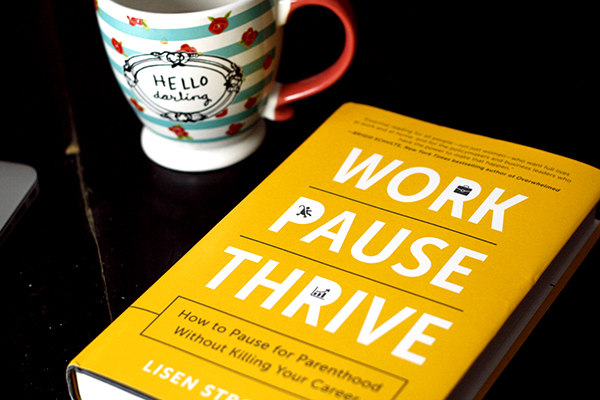 Previous
The Career Book Every Driven Mom, Mom-to-Be and Boss Should Read 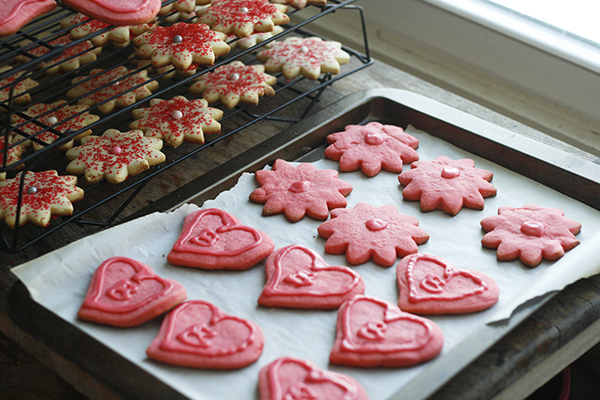 1) We have an old victrola and the soundtrack to Carousel at home, though we mostly listen to Gershwin at dinner. 2) I got my husband a record player for Chanukah this year for his office. 3) I have been so into Broadway lately. I'm trying to listen to all the musicals I've never heard before. Right now I'm playing lots of Bridges of Madison County.