Inspired by a traditional Thai dish, this Chicken Stir Fry with Satay Marinade is an easy, flavorful recipe perfect for enjoying with rice or other grains.

My tween and teenage years were a formative time for my tastebuds. I was mostly an adventurous eater, but it was travel and the influence of friends’ parents that really expanded my eating repertoire. From green salsas to pork rinds to making your own tortillas, I learned a lot about food during that time.

That’s also when I discovered the comforting joy of Aglio e Olio, the amazement that is Saganaki (Greek flaming cheese) and the ease of making flavorful chicken satay.

Satay is marinated chicken strips — usually tenders — that are cooked on skewers and served with a peanut dipping sauce. They are so delightful and can be eaten hot or cold.

But while I love traditional chicken satay, I’ve found that the peanut-soy marinade makes the chicken irresistible even when I don’t skewer the chicken (see Satay-Style Chicken for that recipe). It’s also delightful on other proteins, like in my Shrimp Satay appetizer.

But that’s not all. It can also transform an ordinary chicken stir fry into something unforgettable.

In this recipe for Chicken Stir Fry with Satay Marinade, pieces of chicken are marinated and then cooked in a skillet to perfection. Juicy and tender, the chicken is removed from the skillet so fresh veggies can be stir-fried to crisp-tenderness. Then, finally, it’s all mixed together and served with a drizzle of peanut dipping sauce and a sprinkle of chopped peanuts and fresh cilantro.

All told, this is a big, bold, flavorful dish that’s fantastic with rice, farro, quinoa and other grains.

I adore this version of chicken satay because it’s filled with veggies and adorned with all the fixings of a good satay. As a chicken stir fry, it’s perfect for dinner but it can also be a satisfying make-ahead lunch as well.

Why not add this fresh chicken stir fry recipe to your meal plan for this week?

Sarah Walker Caron is a cookbook author, freelance writer and founder of Sarah’s Cucina Bella. She is the author of four cookbooks including The Super Easy 5-Ingredient Cookbook and One-Pot Pasta, both from Rockridge Press. A single mother to a tween and a teen, Sarah loves nightly family dinners, juicy tomatoes plucked fresh from the vine and lazy days on the beach. She also adores reading and traveling.

Previous Post: « Blueberry Muffin Tops
Next Post: 7 Ways Organizing Your Kitchen Can Save You Money Every Month » 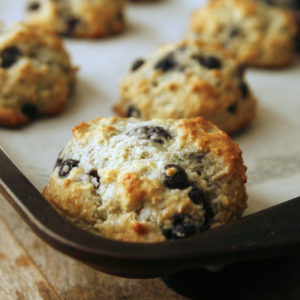